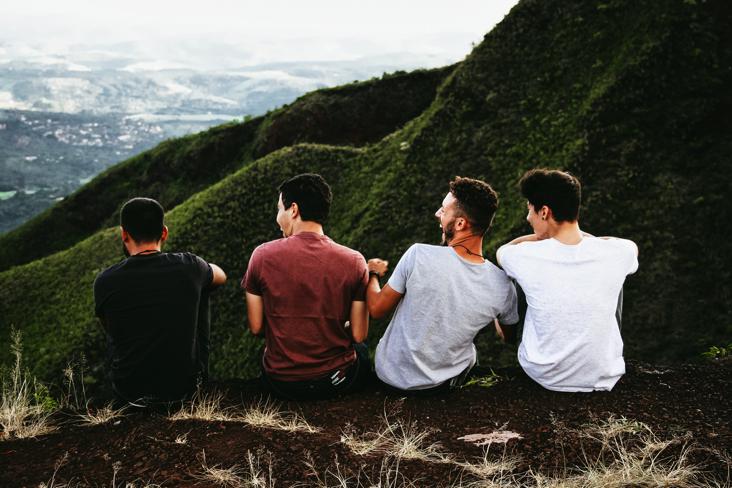 People tell me I’m one of the most intentional people they know. I’ve given away a hundred copies of a book with a light switch on the cover asking, “Is what you’re about to do ON or OFF purpose?” I own the URL intentionality.org. I’m serious about being on purpose and intentional.

But years ago, I found a downside to intentionality. I realized I had lots of acquaintances, but few real friends. Up until that point, I’m not sure I’d had a real friend since high school. Oh, I had colleagues . . . people I worked with, went to church with, did ministry with. I had people I advised, supported, mentored and hung out with, even people who loved me. But they had short little alligator arms, primarily because I was so busy and independent, that’s all I’d let them use. Few people knew me. Knew what I had a burden for. What stressed me.

What I dreamed about or struggled with.

I discovered this on a retreat with some guys. They skewered me. A couple of them told me they felt I was too busy to be a real friend. When I would fly by their lives, it felt more like I was trying to fix them than be with them. I started to notice people apologize for reaching out to me, starting conversations with words like “I hate to bother you . . .” or “I know you’re busy . . .” I was spending virtually all my time getting to know people, but I was unknown. At a deep, personal level, I was friendless. The enemy of intimacy is busyness, and I was so busy being intentional, no one could catch up with me long enough to become an intimate friend.

Over time, intentionality leads to isolation.

So, I shifted gears.

I never stopped being intentional. Instead, I began to be as intentional about friendships as I was about everything else. I made time to hang out with a few of the guys I know and care about. I opened up, sharing more about myself . . . my ambitions, fears, frustrations, struggles, and stresses. I shared my needs, letting them in on what I’m thinking and feeling.

And they loved me. Listened to me. Prayed for me. God, in His awesome grace and provision, taught me how to love others and how to let them love me back.

After seeing the power real friendship brings, I began to wonder what held me back for so long?

I think it’s the same thing that holds a lot of men back . . . a deep-seated doubt that you’re good enough. That you’re worthy of friendship. That you’re truly lovable for who you are and not just what you do. Fear that other guys will judge you. Fear that if you take off the mask and admit your fears and weaknesses, you’ll be seen as a wuss. The enemy whispers his lies . . . “They already have friends.” “Who are you? You’re on the outside of their world. It’ll be subtle, but they’ll reject you.” “You’ve got too much to do already, with work, family, church, kids’ sports and all.”

So, you don’t try. You stay isolated. You continue to fight your battles alone.

Listen, guys desperately want authentic friendship, but someone has to initiate.

And that someone has to be you.

So, come on. Be a leader and initiate. Be intentional about developing meaningful friendships with a few guys. Friends, not buddies. Pick men who share your values. Men who want the same things in life you want. God first, great marriage, awesome kids, influence for Christ in the world.

Granted, it’s awkward. Maybe even a little weird at first. But when you put in enough miles with a few guys . . . when you have enough hours of honest conversation, you’ll realize you’re in a safe place. A place where you’re known . . . and loved.

And you’re no longer isolated.

This blog was reprinted by permission from our friends at Radical Mentoring.

Regi Campbell is an experienced investor and entrepreneur by trade. But his real passion is mentoring younger men. In 2007, Regi founded Radical Mentoring to help encourage and equip mentors and churches to launch mentoring groups. He has written three books: About My Father’s Business, Mentor Like Jesus and What Radical Husbands Doand currently lives in Atlanta, GA with his wife of 47 years, Miriam.